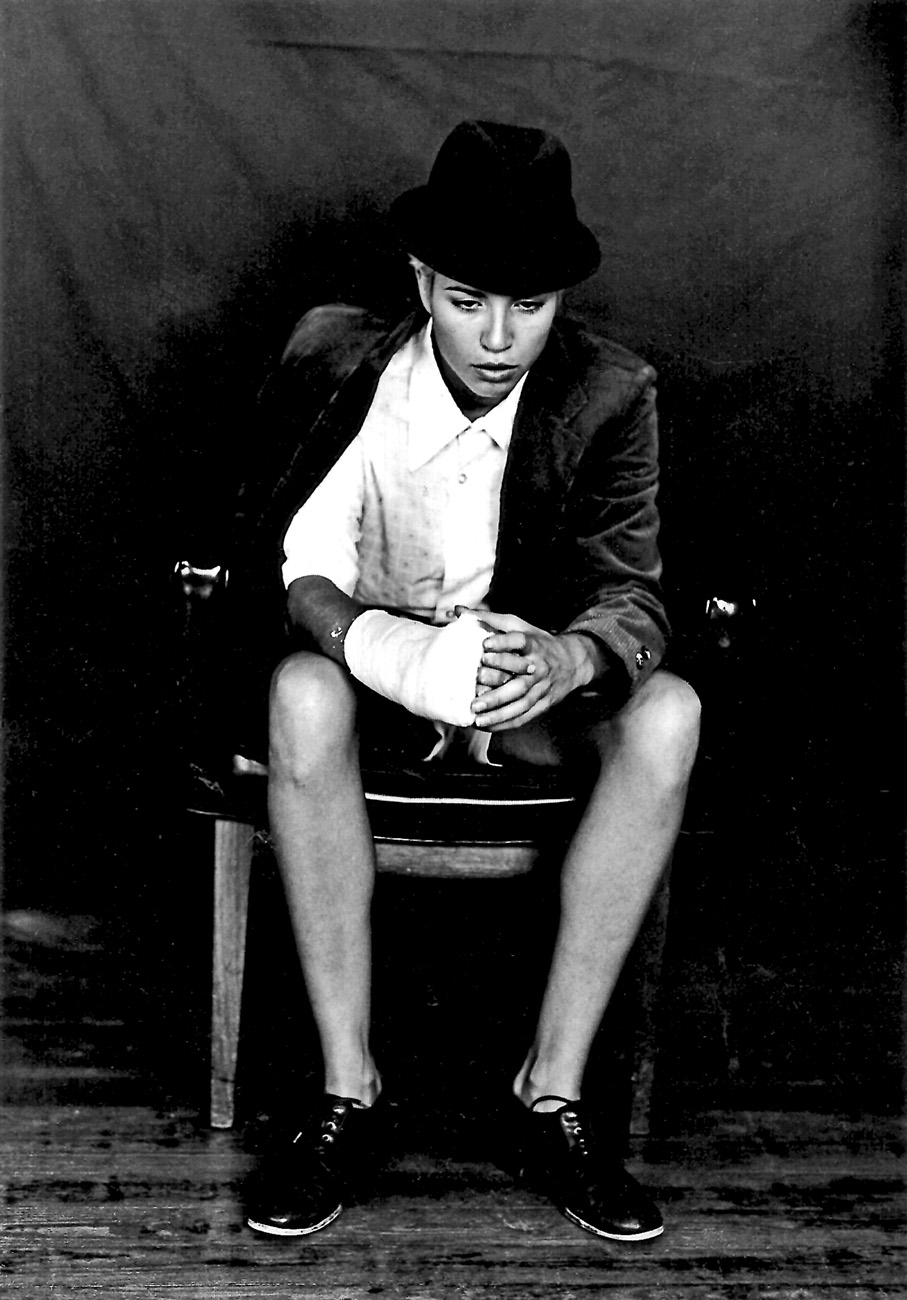 I saw this series in my mind even before I began to work on it. I knew from the beginning that I wanted to depict a timeless and soulful female, both fierce and aloof. The aesthetic was crafted to evoke a lingering sense of melancholy; a classic romanticism with a modern liberated edge.

I was inspired by the dark romanticism of film noir and wanted to marry it with the raw emotion and grit that informed the World War II era of blues and jazz. I looked at the project as a retrospect of characters torn from the film stills of John Alton, Alfred Hitchcock, and Federico Fellini. My need to creatively experiment with a lens was also fueled by the work of Gordon Parks, Diane Arbus, and Walker Evans. The series of individual portraits was created from 1995-2000, and I approached it with meticulous research and attention to detail.

“If film noir males are destroyed or nearly destroyed by fate, the noir woman is fate’s emissary, a siren leading the man to ruination”— Jack Nachbar

I knew exactly what shadows I wanted, at what angle I wanted a hat to be tilted, what look I wanted in a model’s gaze. It was essential to place each woman in a setting that would reflect her character’s identity and draw out her essence.

As a photographer, it was challenging for me at times to not only bring down the barriers between my subject and the camera lens (all the women were friends, not professional models), but also to gingerly bring out each woman’s natural beauty and story. That essence of the “timeless le femme” was evasive, and the more obvious artifices of costume and setting could have easily overwhelmed the shoot, but I strove to bring out the best interpretation of each individual woman’s script.

Aside from the attention to styling each subject, I also tried to photograph them all in a spontaneous moment with natural light, without the distraction of additional stage lights or filters and reflectors. Each woman stands in her unique diorama, her true essence and power laid bare against the occasional light bulb and a simple backdrop.