Warning: count(): Parameter must be an array or an object that implements Countable in /home/customer/www/moholyground.com/public_html/wp-content/themes/wpex-luxmag/functions/meta/init.php on line 755
 Golnaz Shahmirzadi: Forbidden Beauty | Moholy Ground (MOH) 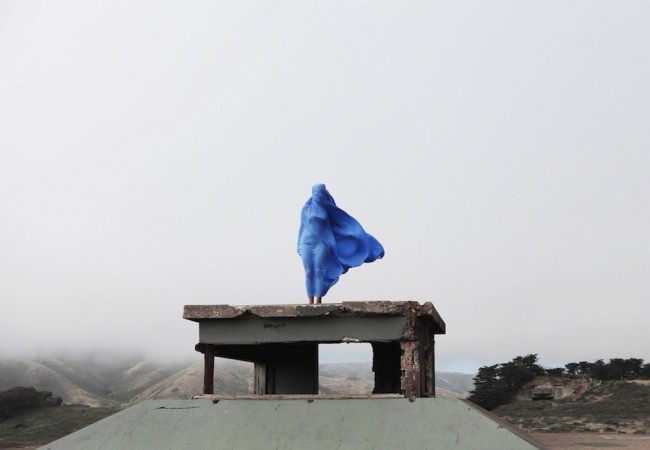 I was born in Iran during a very difficult time. It was the time of the Islamic revolution in Iran. I witnessed the influx of refugees from Afghanistan in Iran due to the Soviet invasion of Afghanistan. After a year the Iran – Iraq war took place, which went on for almost 9 years.

Forbidden Beauty — a story of struggle since the known history of mankind. A struggle to disrupt the “assumed normalcies” designed by various societies and structured religions over the course of time to create gender inequality.

I was very young to comprehend the events that were happening in our society back then, but over time I have realized the sensitive nature of the things that caused the shift in our cultural and cognitive behavior.

The concept for my project comes from a very careful observation of events that I can recall, and relate to, since my childhood.

After the revolution in Iran, women were obligated by law to wear a “burka/hijab” (a veil that covers the whole body, most prominently the hair and neck of a woman) while in a public setting. Women were mostly reliant on men to be the providers, and also a sensibility was ingrained in them that this conservative nature of lifestyle bore a promise of protection and well-being for them, as well as making them virtuous in the eyes of a supreme power.

The prescribed clothing for the women in Iran was more of a uniform where only the face and hands were exposed off the whole clothing, one color -“Black”. As an individual, I had a very hard time accepting this.

Beauty must be forbidden, tamed and shunned?” To my understanding it is insuppressible.

I was very close to the women that migrated from Afghanistan in search of a better life in Iran. But unfortunately, the environment and the lifestyle that was offered to them were very similar to that of Afghanistan. Even more strict and worse burka/hijab was prescribed for the women in Afghanistan where their veil only had a knitted net which enabled them to see their way outside and not suffocate.

The whole idea of this assumed lifestyle was far away from the basic rights of women, in fact the very nature of a human being to be expressive and be allowed to have the same freedom as the men.

I’m very familiar with the saying that beauty lies within. But I’ve also studied the natural case of humans where an individual is recognized from her personality and this involves the notion as to how one carries herself and be recognized equally as her counterpart in any society.

Not being able to express oneself and being covered with layers of dictated responsibilities, deceptions, lies, rigid consequences and an assumed way of living destroys individuality, personality and blocks the way of progress in any society.

I wanted to express all these inhibitions and present them in an abandoned setting – an environment which is abandoned by all the nations that have progressed. A torn platform where no mirrors exist, and even nature forbids beauty. I used the same burka/hijab that is the prescribed dress for the women in Afghanistan. I want to be their representative, and express that my heart goes out to them for support.

This concept is a disruption to both worlds of conservative and liberal beliefs. What is unbelievable in our highly aware society does still exist.

“Beauty must be forbidden, tamed and shunned?” To my understanding, it is insuppressible.