Warning: count(): Parameter must be an array or an object that implements Countable in /home/customer/www/moholyground.com/public_html/wp-content/themes/wpex-luxmag/functions/meta/init.php on line 755
 Daniel Cronin: The Gathering | Moholy Ground (MOH) 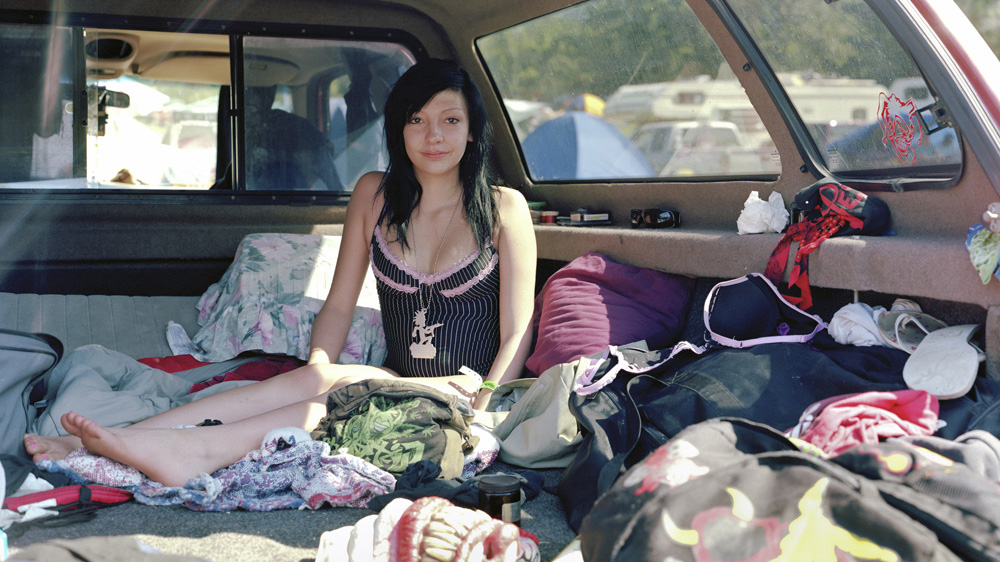 If you had told me five years ago that I would be spending five days out of every summer in the middle of the country photographing Juggalos at The Gathering of the Juggalos, I would have probably told you to shut the fuck up. Not because shooting Juggalos would be strange, but because shooting people would be a huge departure from the work I was doing while getting my BA from Sonoma State University. During that time, I was traveling around the Bay Area and Northern California shooting industrial landscapes by day and night. I really enjoyed the process of working with a large format camera, not to mention the solitude and the excuse to explore.

What started as a small get-off -your-ass-and-make-some-new-work campaign one March in Portland has turned into the largest and longest photo project I have work on. Traveling to Cave In Rock, Illinois for The Gathering of the Juggalos these last few summers on my own may seem very different for me, but it is reminiscent of the shooting I did in college in that the landscape is still integral and I am trying to convey something more than just what is on the surface.

To most people, the term Juggalo conjures up not just an Insane Clown Posse fan but a picture of a white trash meth head in JNCO Jeans with a bad attitude and terrible taste in music. Juggalos are referred to as “the worst fans in music” for a reason, right? To this my response is, “at least they are interesting!” There are not many bands out there that have their own music festival for their fans, let alone have fans loyal enough to religiously make the trek out to the middle of nowhere for 13 years running.

After spending a good amount of time with Juggalos, I see them as fans that have supported, added to, and nurtured a fairly DIY culture that the Insane Clown Posse has created. Unapologetic and fiercely loyal to each other, they will welcome you with open arms as long as you are not around to judge or poke fun.

I have developed a level of respect for them. I think about how I found punk rock music, 924 Gilman, and Mission Records (RIP) while growing up in the Bay Area. At the same time, there was probably a kid from Lansing, Michigan who got turned onto rap music, found a copy of The Great Milenko, and luckily found group of people who accepted him or her. At some point though it really isn’t about the music anymore as much as it is about the culture and camaraderie. The sense of community at The Gathering of the Juggalos is overwhelming and it’s really easy to get swept up in the energy of 15,000 people who are all stoked to be in the same place.

The first year I went, everything was new, but by the second year I knew what to expect and actually had a really great time. This year’s Gathering is only a few weeks away and I find myself constantly checking the web for updates on who is performing, envisioning new photographs in my head, and slowly realizing this is the only music festival in the country that may actually be worth a damn. I can’t wait to go back